When was the last time you visited the website of a major publisher – for example, The New York Times – how did you get there? Is typing the URL of their website into your browser as important a part of your morning routine (like picking up the Times from a newsstand might have been in a bygone era)? This may be the case, but it is more likely that you accessed that publisher’s site from another platform.

Facebook and Google are the two biggest sources of referral traffic for publishing (and almost all) sites.

When it comes to referral traffic, Google starts

Google has established itself as the king of search, revolutionizing the way we use the Internet. Because of Google, we no longer think about website URLs; Remembering whether an organization’s site ends with “.com” or “.org” is no longer a concern. As long as you know the name of the business or organization you want to visit, you can simply type it in and press “Enter” before going on a Google-powered magic carpet ride.

This simple and streamlined functionality has allowed Google to establish itself as the king of something other than search: referral traffic. Search engines and referral traffic go hand in hand. Whenever we use Google as a shortcut to reach our desired destination (instead of typing the URL directly ourselves), we help them increase that dominance.

But now Facebook has established itself as a major player in referral traffic – especially for big publishers like The Times. In fact, they surpassed Google in referral traffic for large publications for the first time last year. This was reported by Parse.ly, a company that tracks detailed audience data for the web’s 400 largest publishers, including Wired, The Atlantic and Mashable. Therefore, while the data set is by no means universal, it represents a large enough sample size that should be taken seriously. But, while catching Google’s referral traffic numbers is no small feat, it doesn’t mean that Facebook has “overtaken” the search engine.

The development was discussed by Parse.ly’s algorithmic lead, Martin Laprise. When interviewed by Marketing Land about referral traffic trends, he explained what results in he sees for the future:

This puts Facebook’s recent referral traffic growth in a different perspective because when they caught up with Google, their success had no significant negative impact on Google’s traffic.

Another mitigating factor in the data is that late last year, some major publishers saw their Facebook referral numbers drop again. Some have suggested that this decline may be directly attributed to the introduction of Facebook’s Instant Articles, which supports publisher-created content but keeps that content within Facebook’s app, so fewer users. making their way to the actual websites of publishers. These distinctions may soon become just a matter of semantics, however, as Google Analytics is now able to measure traffic and user data (things like referrer, device type, language, and location) within Instant Articles and combine it with normal referral traffic. Is. For more specific user engagement metrics (scroll depth, time spent on articles, etc.), marketers will be forced to use Facebook’s own analytics platform. So, in many ways, the competition isn’t just about who can drive the most referral traffic, but also who can tie more marketers to their analytics platform. Both companies are well aware of this and appear to be using every possible source of leverage to stay competitive.

The potential value presented by these different sets of users – who are viewing your content on your website versus those viewing it within Facebook – is different for each marketer and each business, so it’s important to build your social strategy solid, It is important to set identifiable goals.

What does this back-and-forth mean for marketers?

For marketers, understanding referral traffic is an important element of understanding your audience. While Parse.ly’s data set includes results from a particular group of publishers, they are publishers of sufficient size and influence to remain relevant to businesses of all sizes. Since resources for marketing (along with resources for anything, for that matter) are limited, the issue turns into an opportunity-cost equation: how much return will I get from marketing for SEO/search engines vs. The media is making a strategy to get how much return. Not that choosing one over the other means you’re doing so with any sort of finality, but it’s still an issue that presents countless little crossroads for marketers to navigate every day. Is.

Every marketer will approach that issue with a different set of skills and tools, but one remains constant: Successful digital marketing depends on knowing your audience and understanding how they’re going to find your site. Parse.ly’s job is to do this for 400 major publishing outlets – these are their clients. For small businesses and their marketers, the lesson still holds true: Use software like HubSpot to carefully track the origins of your leads. Where are they coming from? Were they linked to your site through search engines or social media? Which of the two categories of the audience did you have more success with?

For example, recent research has found that some engagement measures from social referrals (such as time spent reading articles) have been lower than search referrals in the past. This may indicate that referral traffic from social media is less meaningful or qualified than traffic from search engines, but it is too early to make concrete assessments just yet. Check to see if it’s the right fit for your content.

These are some examples of analytics that will help you move up into customers and brand promoters. I think this is most important from the news of Facebook’s increasing referral traffic. Even though SEO consulting company and social media marketing don’t have to be mutually exclusive, the data from Parse.ly highlights the importance of segmenting your data so you know which strategies are leading to which leads, and How those leads are gradually coming out.

One of the cornerstones of successful inbound marketing is listening to your customers before launching into a sales pitch. Data segmentation — especially the kind that teaches you how people are going to find your site — will allow you to do just that. Collaborating with a professional SEO agency will set up an immediate platform for connections and give you insight into what type of marketing your audience wants to engage with consistently. 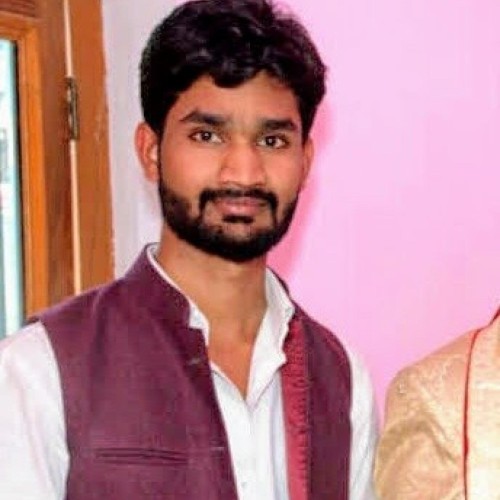